As soon as he was elected President of the Republic, Jacques Chirac undertook a reflection on the valorization and the recognition of non-Western arts, arts for which he had already nourished, for many years, a great interest. Much more than the beauty of the forms, or a fortiori their modernity, it is a different thought, another perception of the world which attracts him. His interest remained secret for a long time, but it took concrete form in a friendship with the dealer and gallery owner Jacques Kerchache who, like Félix Fénéon or André Malraux before him, dreamed of their entry into the Louvre. On March 15, 1990, Jacques Kerchache had a manifesto published in the newspaper Libération entitled "Pour que les Libération chefs-d'œuvre naissent libres et égaux..." (So that the Libération masterpieces may be born free and equal), which brought together a large number of signatures, some of them prestigious. Paraphrasing the Declaration of the Rights of Man and of the Citizen, the adage stated here announces the project of the President of the Republic.
In 2000, more than one hundred works from Africa, India, Oceania, the Americas, and the Arctic entered the Louvre. The Pavillon des Sessions was inaugurated, announcing the President's great project: the forthcoming opening of an institution in the heart of Paris dedicated entirely to them. Conceived as a tool for citizens to better understand the world and its diversity, the Quai Branly-Jacques Chirac Museum will offer a new perspective on the genius of the peoples and civilizations of Africa, Asia, Oceania, and the Americas. The idea is to definitively overcome "the absurd quarrel between the aesthetic approach and the ethnographic approach", to give an understanding of a historical depth "that the colonial spirit or the fascination for the state of nature" have for too long concealed. The institution testifies to the vitality of the creations of Africa, Asia, Oceania and the Americas and, at the same time, demonstrates the need to preserve their diversity, the obligation to promote their dialogue, their mutual knowledge and recognition.
The institution stands at the confluence of fine arts, ethnography and modern art. Its collection, constituted from the 16th century to the present day, is part of a long period of time. It reveals the views and sensitivities that have shaped it, completes and renews knowledge. Images of travels and expeditions, objects from the collections of artists and intellectuals who have contributed to the recognition of extra-European arts - Apollinaire, Matisse, Lévi-Strauss among others - archive documents, contemporary paintings and photographs... the works, unique by their style, aesthetics, rarity or age, contribute to the enrichment of a world heritage and its dissemination. Within its walls, ancient and contemporary testimonies resonate and the works open up to other dimensions, other temporalities. The preoccupation with the contemporary has not ceased to run through the reflections carried out since the creation of the institution. 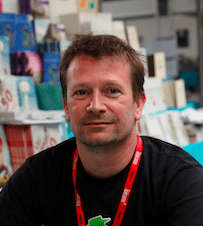